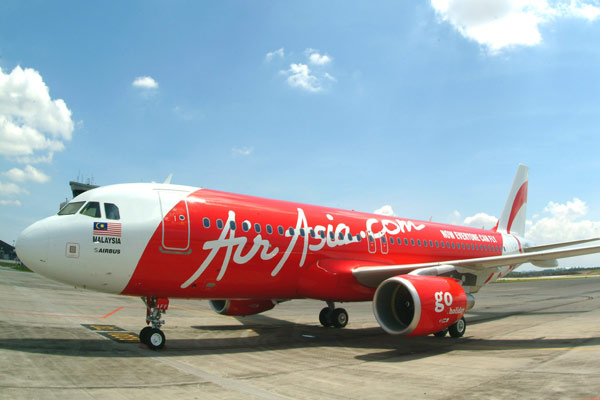 Once you find out what LCCT stands for (Low Cost Carrier Terminal) it makes you consider paying that £50 more to fly into a different terminal. The LCCT is a terminal of Kuala Lumpur (KUL) airport. It is the international home of AirAsia. Much like Heathrow Terminal 5 is home to British Airways. And like Heathrow T5 everything is branded accordingly. All of the planes I spotted parked up were AirAsia. Everything is red with white text.

My first annoyance with AirAsia was that they offered a self-checkin at Chiang Mai airport. So I used the machine to scan my barcode and it printed my boarding card. Simple and very easy to use. I was then told that I needed to line up to get the boarding card stamped. In the same line that I would have used to ‘manually’ checkin. So that wasted ten minutes of my life. The airport staff were great. No issues there and the cabin crew were fine. I had to pay for my meal and a drink, which I expected as it’s well publicised on the website and the fare is lower. Also, the entire AirAsia fleet is brand new. So that was nice.

The flight was delayed by 51 minutes, but delays happen, especially at small airports like Chiang Mai.

Once we arrives in KL at the LCCT we got off the plane using the portable stairs, and walked around the airfield, unguarded, for about ten minutes before reaching the arrivals gate. Aside from it being a serious security risk, there is also the matter of health and safety. Passengers are walking through a ‘walkway’ but could easily wander in a different direction into oncoming vehicles. A problem that could have been solved with a handful of well placed safety stewards.

The terminal building is very basic, but clean and perfectly functional. It is the definition of no thrills. The LCCT relies on bus services to reach KL Sentral, these take about 70-80 minutes. As opposed to the superb KLIA Ekspres train that leaves directly from the other terminal building. The LCCTs busses are no match for the 28 minute KLIA service, with free WiFi. But the KLIA costs 70 MYR return (£14) where as the buses from LCCT cost 14 MYR return (£2.80).

My journey to the same hotel as before and leaving from Chiang Mai was actually faster and cheaper than previously. AirAsia fly direct from CNX to KUL, where as the higher price carriers don’t (not as frequently anyway), most stop in Bangkok. And the flight & bus combo has saved me around £80. So it’s not to be sniffed at. And I would certainly rather have £80 in my pocket than an airport with polished marble floors and an inflight meal that I didn’t want! I think the LCCT is a great idea. Every major airport should have one!